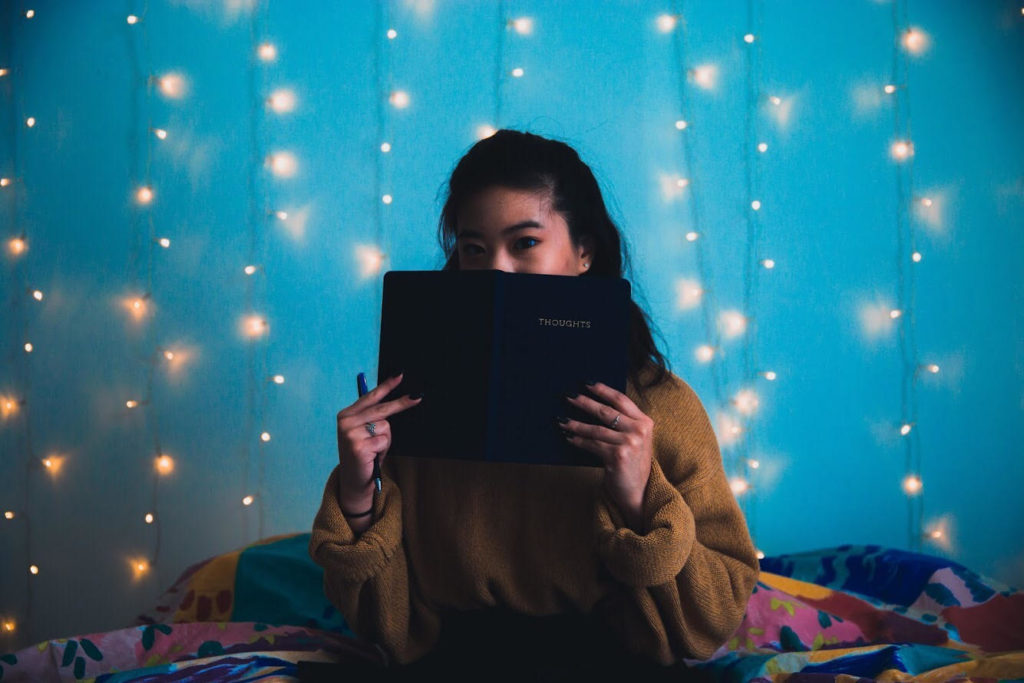 Habitually Holloway: In Praise of Poetry

Even before the event, the room buzzed with anticipation as the awaiting audience waited eagerly for the introductions to begin. The reading as a phenomenon was social, especially in the front end of the night; in the Maude Fife, a flush of chatter greeted me from the far side of the room. When I walked in, I looked at the tightly bound community of people in the front corner, all shaking hands excitedly.

I hadn’t been to a Holloway Reading since Giovanni Singleton in Fall 2017, and I was not sure what to expect in my return to this unique experience of poetry. I remember sitting at Singleton’s reading and expecting slam poetry; that was all that I had known before. This time around for Sigo’s reading, I knew that I wouldn’t be able to understand every sentiment as I encountered his poems for the first time, and I was okay with that. Poetry isn’t necessarily made to be understood by all, and sometimes the questions the poems ask are just as powerful as the answers the audience stipulates. The Holloway Reading Series showcases poetry that requires a more analytical eye, and most of the readings hail from collections created for print, not for performances. Adjusting my expectation was, in my experience, key to my personal enjoyment. For this reading, I was more comfortable with embracing the discomfort in a series of poems created to disorient both the reader and the listener. I reveled in my confusion and tried to catch as much as I could, knowing that I would purchase a book so that, with a piping hot cup of tea in one hand and Sigo’s poetry in the other, I could take the time to sit and ponder over his poems.

The audience seemed to also settle on this agreement for misunderstanding, and as I looked across the room, many faces were contorted in some form of concentration. With their hands on their chins and their eyebrows furrowed, the crowd sat still, silent, occasionally nodding in agreement with Sigo’s poetic sentiments. Despite the quiet in the pauses between Sigo’s words, despite the measured tone of his speech, Sigo’s poetry manifested the presence of poetry as a subject of its own merit. In keeping with his introductory statement about writing poems on writing poems, the author allowed his words to speak for themselves on most occasions, only adding a few lines of explanation for each piece, delving straight into the words themselves.

Sigo’s poetry provided a framework for the greater examination of creating a physical presence for an abstract topic like poetry. The book, as a physical form, is one way to interact with a three-dimensional work of art, but the reading removes the guise of anonymity between artist and art, between creator and consumer. Whatever guise of impersonality that is rendered through the publication of a book is breached by the appearance of the poet on the podium, by our innate ability to see the artist and hear his words spoken aloud. The veil was, for a moment, removed. Cedar Sigo was only a matter of meters away from me, and though I cannot honestly proclaim a fanaticism for his poetry prior to the reading, I still remember feeling starstruck. There was something particularly spellbinding about being in the same room as someone lauded as a poetic genius, and the feeling only intensified throughout the night.

The focus, for at least a moment, lay in Cedar Sigo. Despite the minimized explanations between poems, despite the humility with which he received his applause, Sigo was the focus of our attentions. His words, his art, and his voice were supplements to the spectacle of a poet reading his works. We easily could have walked into our local bookstore and grab his collection of the shelf, but every audience member individually decided to bask in the opportunity of seeing Sigo on the stage.

The performance was an art form in itself. We, the audience, sat in wait for Sigo to enlighten us with his poetic wisdom, and the collective experience of sitting and listening to someone willingly share the work they laboriously created was and is a cultural phenomenon. The exact configuration of circumstances that led to each listener’s night in the Maude Fife room would never be repeated again. It was a singular event. However, the words will remain on the page. The poems are present tense because, despite the fleeting nature of performance, the words are always there. Art is not simply temporary, nor is it always permanent. The nature of written art fluctuates, and this poetry reading (and my subsequent purchase of Sigo’s book) exemplified the nuances of artistic discourse.

Each poem also contributed to this discovery. Similes, metaphors, alliteration, natural and pastoral imagery—all of these different elements of figurative language fulfilled the textbook definitions of poetry, despite the unconventional nature of the poems as a whole. The body of work that Sigo presented an underlying assertion of the self as an identity on its own, the role of the writer in the creation of poetry and the role of poetry in the creation of itself. From eulogies to secrets, from observations to recollections, Sigo’s poems carried a weight that seemed to surprise the author himself at times (his eyebrows would occasionally shoot up his forehead in what looked like a mild shock as he read his poems).

I, too, was shocked by Sigo’s poetry. So much of it played with the deep personal connection between a writer and his writing, a sentiment that roots itself deeply in my own perceptions of the literary arts. I found myself leaning in my chair, pretending that the few inches of distance I breached would somehow enlighten me, would somehow make the words more comprehensible. I’d be lying if I said I fully understood all of his poetry or the implications of his reading, but I now realize that Cedar Sigo himself might not quite understand every aspect of his own poetry (or, consequently, of his own reading). That’s why he writes about it. That’s why we listen.